Permit Me to Interrupt Your Scrolling

There are many things to learn from the last Biden-Trump presidential debate. More than anything else, however, people are talking about one thing from the debate: the constant interrupting and speaking over each other. From an objective standpoint, there were times during the debate on September 29th when it looked like one party was hogging the conversation and needed to be stopped. The moderator, for all of his efforts, was helpless.

Will this happen again this Thursday at the next presidential debate?

Whatever happens at the next debate, one question still remains. What is the best way to address a “conversation hog” in a real life business setting? How does one interrupt the interrupter and do so professionally?

Excuse Me, But Here’s the Problem

Like the presidential debate, unwelcome interjections are a common problem in the business world. We don’t believe that incessant interruptions are an enviable professional virtue. Sadly, this habit happens a lot in professional circles and can often seem like a hallmark of confidence or executive leadership. Rooting this habit out in a way that is constructive often seems impossible.

There could be several causative reasons for this. Note that none of these reasons are meant to justify the action but provide a better insight into what we are dealing with here. Some people love to be at the center of the conversation. These people can often make you feel like you are being talked at, not giving you the room to make contributions. This can be frustrating, especially when the conversation ends without having had the time to get your points across. 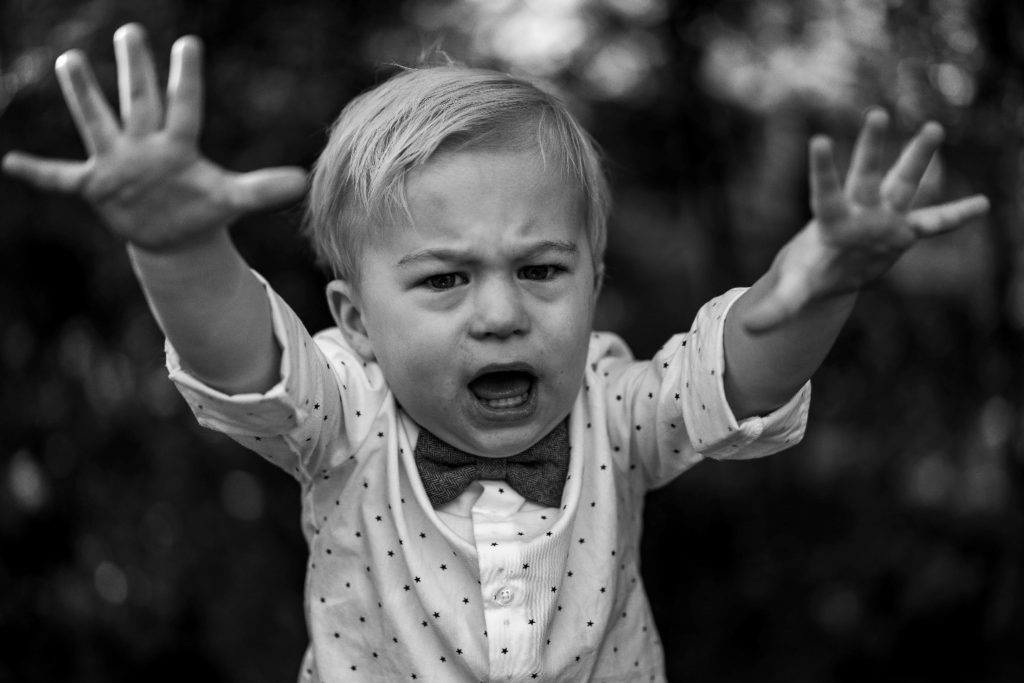 Photo by Zach Kadolph on Unsplash

This habit doesn’t lead to anything good—especially from a professional standpoint. On a team level, it drives away frank discussion and leads to silos, while encouraging meetings to take place without the interrupter being included at all. Interrupting others won’t build a team, but an opposition! However, the reasons to not interrupt are not even about popularity. We must avoid interrupting others because it is the right thing to do. People not only like to be heard, but they have a right to be heard.

No one likes being interrupted. But at what point is it okay to interrupt someone in business conversations? When a colleague begins preaching, or taking up the majority of the conversation, does it become okay then?

We must always remember that the other party’s time is also important. As much as you or they may believe their insights hold the most value, leaving room for conversation is a judicious use of all the involved parties’ time.

Cut off the Cutting Off

If you know you are speaking to someone who may have a tendency to go on, perhaps let them know that they need to keep things concise ahead of time. This will help them to be aware without having to aggressively reprimand them during a meeting. If it remains a consistent issue, however, address the issue offline, one on one, so you will not publicly embarrass them about it. This non-aggressive, positive conflict approach can often be beneficial to you both. At the very least, you will avoid being the person to consistently cut them off and appearing inconsiderate during business conversations.

Let Me Interject Some Wisdom

Furthermore, constant interruptions show that you are not interested in hearing what the other party is saying—which, in all honesty, makes sense for the Presidential debate. As a frequent interrupter, you may be hearing what the other party is saying, but you are not taking the effort to actually listen to what they are saying. In other words, you are only attentive enough to react, not understand.

In a men’s accountability group I attend on Tuesday nights, we also had an issue with members verbally vomiting endlessly. This continued until one of our leaders implemented an egg timer; each person gets 3 minutes and when the timer starts ringing, your time is up regardless of what you are saying. I can’t begin to tell you how much men struggle to keep their communication concise. (Hopefully you don’t see this blog as one of those times.) We also noticed that once we implemented the egg timer police, these men stopped showing up. Honestly, this was a blessing. They were the same men who would cut people off and not listen to what the others were sharing.

If you’re guilty of this, try to do better and give equal room for hearing as you have given to be heard. Don’t listen just to answer—listen to understand. Then, once you have listened, you can respond accordingly.

Maintaining boundaries as a part of business relationships is important; letting people know that your time is important too and that you share a common goal is crucial. Goals in the workplace are difficult to achieve if you cannot work collaboratively with an equal-sided discussion. Maintaining communication that is balanced and attentive to everyone—rather than attentive to whoever is loudest in the room—is a key to success.

Now, you may continue scrolling.

Spirit Consulting is a boutique management consulting firm with clients across multiple industries and regions of the United States. We offer expert consulting in Executive Search, Business Strategy, and Work Psychology. Rooted in our relational, client-tailored approach, these service lines work synergistically to maximize your organization’s potential. Call (630) 621-3411 or email [email protected] for more information on how Spirit Consulting can help create the best version of your business. If you are interested in applying to jobs we are retained on, please visit www.spiritmco.com.

Feature photo by Library of Congress on Unsplash